Many people have asked me what a CSA is and why I chose to participate in one? Most think it is just a way for me to conveniently get my organic groceries for the week. I mean who needs a shopping list when the box of veggies dictates what I will be eating week-to-week. Aside from supporting a local farm, my ultimate objective was to eat more seasonably.

As I look around more and more people are interested in changing their lifestyle to become healthier. I’ve heard folks follow all types of diets, from a Mediterranean Diet, Liquid Diet to the Atkins Diet. Then a friend of mine started to express his interest in the Paleo Diet. I was quickly drawn to the idea of this diet since it sounded like a balanced diet which focuses on eating healthier and simpler and not like some of these other crazy fad diets. Here is Daniel’s story.

What does the Paleo Diet consists of?
The Paleo diet is basically meant to mimic what people during the Paleolithic era ate, what we as a race ate for thousands of years before the agricultural revolution. Simply put, you try to avoid all grains, dairy, refined sugars, and processed foods. The goal is to eat more foods that come from healthy, natural sources such as meats (preferably from grass fed, natural and free range sources), fruits, vegetables and nuts.

How did you learn about the Paleo diet?
I learned about it first through the Joe Rogan Experience podcast when he had Dave Asprey aka The Bulletproof Exec as his guest.

What made you decide to choose this lifestyle?
I’ve always been health conscious. Growing up my father had diabetes, heart problems, high blood pressure and high cholesterol in spite of the fact that he was and still is one of the healthiest people I know. I’ve also always had a bit of a struggle with my weight and tried several diets from Atkins to “The Abs Diet” to counting calories and trying to eat low fat, whole grain, etc. I even tried a vegetarian diet at one point. With each attempt I would see a difference at first in my weight but after a while I’d hit a plateau and even start gaining back some weight. I never really felt great during any of those times, I often felt hungry and sluggish and I’d eventually end up giving up on the diet and gaining back more weight than I had lost.
Fast forward to Dave Asprey, who is a self proclaimed “bio-hacker”, on the Joe Rogan podcast. I listened to him talk about the difference between grass-fed and grain-fed beef, free range chicken and wild salmon and also about how these foods affect our digestive systems and bodies as a whole. My interest was piqued so I went home and downloaded his podcast, Bulletproof executive radio. I also watched a documentary on factory farmed cattle called Frankensteer that was about the health problems grain fed cattle face, which includes – lesions on their organs, forms of cancer and in many cases death. This really got me thinking; if this is what grains do to cattle what might they do to us? At this point I was beginning to realize I needed to make some sort of change in my diet, I had lost about 30 pounds a few months prior to this and was determined to keep it off but still gained some of it back, but beyond that I was (and always have been) more concerned about long term health. I started to listen to the Bulletproof executive radio podcast and saw a name that I recognized from the Joe Rogan podcast – Dr William Davis. I listened to the “Wheat belly” episode on The Bulletproof exec radio podcast and was blown away with what I heard, so much so that half way through the podcast I had to stop listening and call my parents. Like I said before my father has a host if health issues but leads a seemingly healthy life. According to Dr. Davis’ research, the wheat that we eat is not the wheat that our ancestors ate, it is a modified version that he and many others believe is one of the main causes of heart disease, cancer, high blood pressure, autism and many other conditions that are prevalent here in the US. If this is true, the only thing I can think of that my father eats that may be unhealthy is wheat! I thought about the diets that I had tried in the past and realized that most of them suggested eating lots if whole grains and how this may have been affecting me. I continued to do more research and kept listening to the Bulletproof podcast and that’s where I first heard the word Paleo. Dave Asprey did his own research over 15 years and came up with his own version of Paleo that is lower in toxins and called it the Bulletproof diet, but it basically breaks down to a very similar diet to the Paleo diet. I kept hearing and reading about all the benefits of Paleo and all the negative aspects of eating a Standard American Diet (SAD) and that’s when I decided to make the switch.

How has it changed your life?
It’s changed my life in many ways. First off I lost the easiest 20 pounds I’ve ever lost in less than a month. I feel more energetic throughout the day. I eat less often and am hardly ever hungry. I feel less brain fog and am able to think more clearly and even sleep better. I’ve also noticed, especially in the beginning, that my mood was more level; I didn’t have days where I felt down or moody for seemingly no reason. I also feel less joint pain and my wife’s pain from her heel spurs went away.

Was it challenging to switch or start?
It was a bit challenging to start because I still had a lot of food in my house that contained wheat. I also had to find substitutes for many foods that I was accustomed to eating on a daily basis. 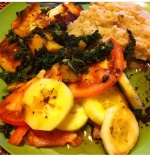 Is it challenging when eating out?
Eating out can be a challenge and I don’t do it as often as I used to but there are always Paleo options virtually anywhere you go out to eat. So many foods, especially in restaurants, contain wheat or some form of grain and all types of sugars are used in many recipes (even the ones in the “healthy” portion of the menu). Special requests and small adjustments can be made at any restaurant to make your meals more Paleo friendly.

Any recommendations / tips for anyone that wants to start?
I’ve actually gotten a few of my friends, who are all in great shape and aren’t doing this for weight loss, to make the switch and what I recommend to all of them is to first watch the Wheat Belly video on YouTube. It’s very informative and enlightening. Then I simply recommend to do research online. Google “Paleo diet” and you can find hundreds of websites with an abundance of information, tips, recipes, blogs and support for the Paleo lifestyle change. A few of my favorite websites are Bulletproofexec.com , Marksdailyapple.com and paleohacks.com. Also I suggest that people do their research on healthy fat sources since upping my fat intake has been very helpful throughout my experience so far. I really believe the general population is very misinformed on what is healthy and unhealthy and we need to do our own research when it comes to the subject of what to eat and what not to eat.
Another big recommendation I make is to do what works for you. Don’t beat yourself up if you want to eat something that isn’t considered strict Paleo. I feel that as long as you’re eating clean most of the time, and you’re eating better than you were in the past, you’re doing just fine.  There are people who are very strict about their diet and there are others who think it’s ok to eat certain things, like rice, once in a while; do what works for you.

Does the food have to be organic?
It doesn’t have to be, like I said you do what works for you, but it is recommended most of the time. Just because it’s labeled organic doesn’t mean it’s good for you; for example organic wheat, dairy and sugar aren’t recommend at all. Organic veggies and fruits are highly recommended. Eventually, I personally would like to switch to all organic foods.

A true Paleo diet might be difficult to practice in modern times but may be a great option for some. At the end of the day it is encouraging to see society continually move away from food processing techniques and intensive livestock farming methods. Farmer’s markets are more prevalent in many neighborhoods as is roof top farming. Meanwhile, I will continue to promote the benefits of joining a CSA. 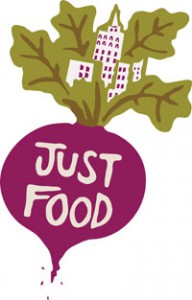